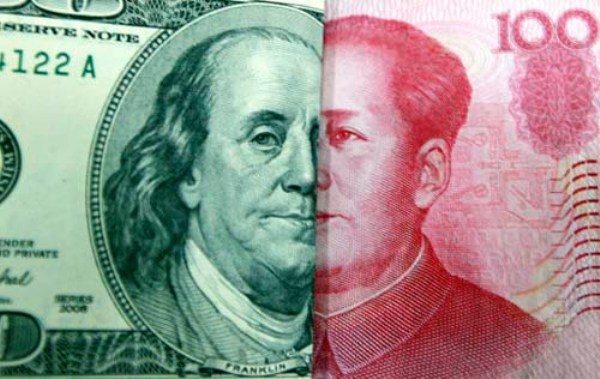 The United States began imposing 15% tariffs on a variety of Chinese goods on Sunday – including footwear, smart watches and flat-panel televisions – as China began imposing new duties on U.S. crude, the latest escalation in a bruising trade war. U.S. President Donald Trump said the sides would still meet for talks later this month.Trump, writing on Twitter, said his goal was to reduce U.S. reliance on China and he again urged American companies to find alternate suppliers outside China.

A new round of tariffs took effect from 0401 GMT (12:01 a.m. EDT), with Beijing’s levy of 5% on U.S. crude marking the first time the fuel had been targeted since the world’s two largest economies started their trade war more than a year ago.The Trump administration on Sunday began collecting 15% tariffs on more than $125 billion in Chinese imports, including smart speakers, Bluetooth headphones and clothing.

A variety of studies suggest the tariffs will cost U.S. households up to $1,000 a year and the latest round will hit a significant number of U.S. consumer goods.In retaliation, China started to impose additional tariffs on some of the U.S. goods on a $75 billion target list. Beijing did not specify the value of the goods that face higher tariffs from Sunday.The extra tariffs of 5% and 10% were levied on 1,717 items of a total of 5,078 products originating from the United States. Beijing will start collecting additional tariffs on the rest from Dec. 15.

Steve Lamar, executive vice president of the American Apparel & Footwear Association, said on Sunday the new tariffs were “just in time for our most important selling season of the year. They claim that they are hurting China but, in reality, they are hurting us. Prices will go up, sales will go down, jobs will be lost.” He said the United States “can make progress with China when we engage with them in calm, productive talks, not when we make it more expensive for Americans to get dressed everyday.”

Trump on Sunday cited comments from U.S. economist Peter Morici, who said the tariffs would not affect U.S. consumers that much given a drop in the Chinese currency, and the president called on U.S. companies to find suppliers outside of China.“We don’t want to be servants to the Chinese!” Trump said. “This is about American Freedom. Redirect the supply chain. There is no reason to buy everything from China!” Later, he told reporters that talks with China were continuing and the two sides would meet in person in September. “We are talking to China, the meeting is still on, as you know, in September,” he said. “We’ll see what happens, but we can’t allow China to rip us off anymore as a country.”

AFL-CIO President Richard Trumka told “Fox News Sunday” that Trump was right to confront China, but “unfortunately, he’s done it the wrong way. To take on China, there has to be a multilateral approach. One country can’t take on China to try to dry up its overcapacity because they just send it through to you in other ways.”

Chinese state media struck a defiant note. “The United States should learn how to behave like a responsible global power and stop acting as a ‘school bully,’” the official Xinhua news agency said.“As the world’s only superpower, it needs to shoulder its due responsibility, and join other countries in making this world a better and more prosperous place. Only then can America become great again.” Tariffs could not impede China’s development, said the official People’s Daily of the ruling Communist Party.

“China’s booming economy has made China a fertile ground for investment that foreign companies cannot ignore,” it said, in a commentary under the name ‘Zhong Sheng,’ or ‘Voice of China,’ which is often used to state its view on foreign policy issues. Last month, Trump said he was increasing existing and planned tariffs by 5% on about $550 billion worth of Chinese imports after Beijing announced its own retaliatory tariffs on U.S. goods. Tariffs of 15% on cellphones, laptop computers, toys and clothing are to take effect on Dec. 15.

The U.S. Trade Representative’s Office said on Thursday it would collect public comments through Sept. 20 on a planned tariff increase to 30% on a $250 billion list of goods already hit with a 25% tariff set for Oct. 1.Trade teams from China and the United States continue to talk and will meet in September.

For two years, the Trump administration has sought to pressure China to make sweeping changes to its policies on intellectual property protection, forced transfers of technology to Chinese firms, industrial subsidies and market accessTrump has also linked the trade talks and the protests in Hong Kong, saying he believes the negotiations with the United States had led Beijing to be more restrained in its response to the demonstrations in Hong Kong.